“Look—that basic body part, the tame and kindly pupa is the basis, therefore it is the from the pupa that all basis begins.”

L’action de Ferdydurke is set in the early 1930s in Warsaw, in a manor in the Polish countryside. It represents a satire of three milieus: school, the bourgeoisie, and the landed gentry.

One morning, Joey, an immature thirty-something, wakes up in the body of an adolescent schoolboy. Everyone treats him as a greenhorn, easily infantilized and ridiculed. Joey first finds himself in a caricature of a school, where the ridiculous Professor Pimko tries to overpower the pubescent impulses of his students and their disinterest in their studies. Two important scenes include the raping of Siphon the idealist’s ears, and the duel of grimaces between Siphon and Mientus, the realist. 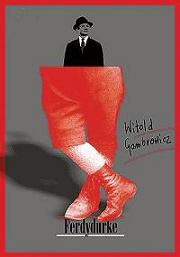 “She ignored me—she ignored me as befits a modern schoolgirl, realizing perfectly well how much in love I was with her modern charms.”

Joey finds himself next in a bourgeois family, the Youngbloods, the very incarnation of “modernist” fashions such as sports, hygiene, and the snobbery of keeping up with fashion. These trends were inspired by the American lifestyle.

Joey falls in love with a modern schoolgirl, the Youngblood daughter, who despises his unfashionable manner of expressing his love for her. Joey spies on her through the keyhole, and seeks to compromise her beauty and her style. 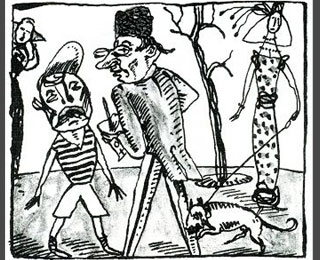 “The mystic clasp broke! The servant’s hand fell on the lordly countenance. Crash, bang, and stars […]”

Joey’s adventures conclude at a manor, where he must face the archaic manners of a landowning noble family—a setting well-known by the author on account of his own family background. At the novel’s end, we witness a servants’ revolt against the masters, and the narrator’s kidnapping of the property-owners’ daughter. 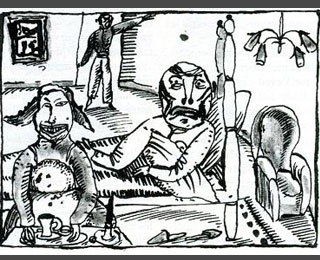