« The languor, the beauty of the slim figure before us—what could produce them, apart from the fact that he was no man? Because we brought him Henia as a woman is brought to a man, but he was not one yet ... he was not a man. He was no lord. No master. And he could not possess. Nothing could belong to him, he had no right to anything, he still had to serve, to obey […]

They were suddenly united, not like a man and a woman, but in another way, in a common offering to an unknown Moloch, incapable of possessing each other, only capable of offering themselves—and the sexual contract between them grew blurred, giving way to another contract, something undoubtedly more cruel but more beautiful. All that lasted only a few seconds. Nothing happened, either; all four of us just stood there. Frederick pointed to Karol’s trousers which were slightly too long and dragged on the ground, and said:
“You ought to turn them up.”
“That’s true,” said Karol. He bent down. Frederick said:
“Just a minute.”
It was obvious that what he had to say was not easy. He turned away slightly so as not to face them and said, in a hoarse but clear voice:
“No, wait. She can do it.”
He repeated:
“She can do it.” 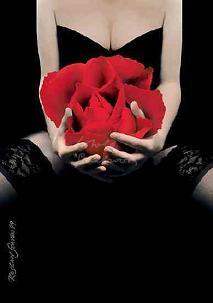 The shamelessness of this demand—this breach made in their lives—was the admission of the excitement he required: do that, it’ll excite me, that’s what I want... . That was how he introduced them to our lust, to the longing we nurtured for them. For half a second their silence quivered. And for half a second I waited for the result of Frederick’s audacity. What followed was so simple and easy, yes, “easy,” that I felt dizzy as if an abyss had suddenly appeared before me.
She said nothing. She bent down and turned up his trousers. He had not even moved. Their silence was absolute.
I was suddenly overcome by the strange bareness of this farmyard, with the shafts of the rack-wagons pointing at the sky, the broken drinking-trough, the freshly thatched barn shining like a spark against the black, trodden earth and the wood-piles.

The novel was adapted for the screen by Jan Jakub Kolski in 2003.

And we went towards the house—he, Henia and I. The audacity seemed still more obvious. Since we left almost immediately our presence near the shed meant one thing only: we had come so that she could turn up his trousers and now we were going away, Frederick, myself and she.
The house came into view with its windows, its double row of windows, below and above, and its verandah. We walked in silence. […]
All around could be felt the disintegration of being that invariably comes with the night. […] —Pornografia, Chapter 4 [Trans. Hamilton]