“I placed no trust in faiths, doctrines, ideologies, institutions. Thus I could stand only upon my own feet. But I was a Pole, molded by Polishness, living in Poland. And so I needed to look deeper for my ‘self,’ in the place where it was no longer Polish but simply human.”

Polish Memories, a cycle of serials that was written from November 1959 to October 1961 for Radio Free Europe, but never aired, was found by Witold’s wife, Rita Gombrowicz, in his posthumous papers in 1976 (at the same time as Argentinian Peregrinations).

Witold Gombrowicz in Argentina in 1960—when he was writing Polish Memories, a reflection on his youth in Poland.

Thus, these were not texts designed for reading, but for being spoken on the airwaves—which explains their oral nature. There is no record, however, of any broadcast of these texts.
Witold Gombrowicz’s manuscript included forty-eight articles of four pages each, classified chronologically, certain articles dated in his hand.
Each article was to correspond to a fifteen-minute radio program.

As their title indicates, the subject of these texts is the childhood and youth of the writer.
Witold Gombrowicz looks back on his life in Poland, twenty years exactly after having left the country.
The descriptions of his family life, of Poland’s independent renaissance, and the literary Warsaw of the 1930s shed light on the life and work of Gombrowicz. 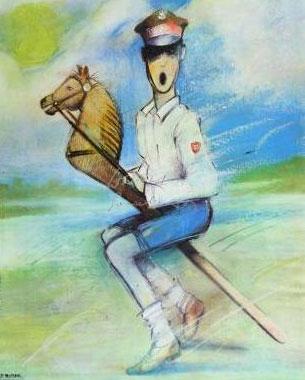 Witold Gombrowicz’s collaboration with Radio Free Europe at the beginning of 1959 coincided with the censorship of his work by the Communist regime in Poland (after a short period of liberalization).
Gombrowicz turned, once again, to the Polish émigré circle and its institutions for financial support. 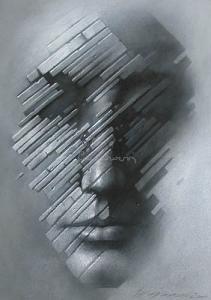 Polish Memories was first published in 1977 in Polish by Kultura’s Literary Institute in Paris, together with Argentinian Peregrinations as a single volume. Since 1996, the title has been published by Wydawnictwo Literackie of Kraków.
The first translation of Polish Memories was into French, by Christophe Jeżeski and Dominique Autrand, Ed. Christian Bourgois, 1984.